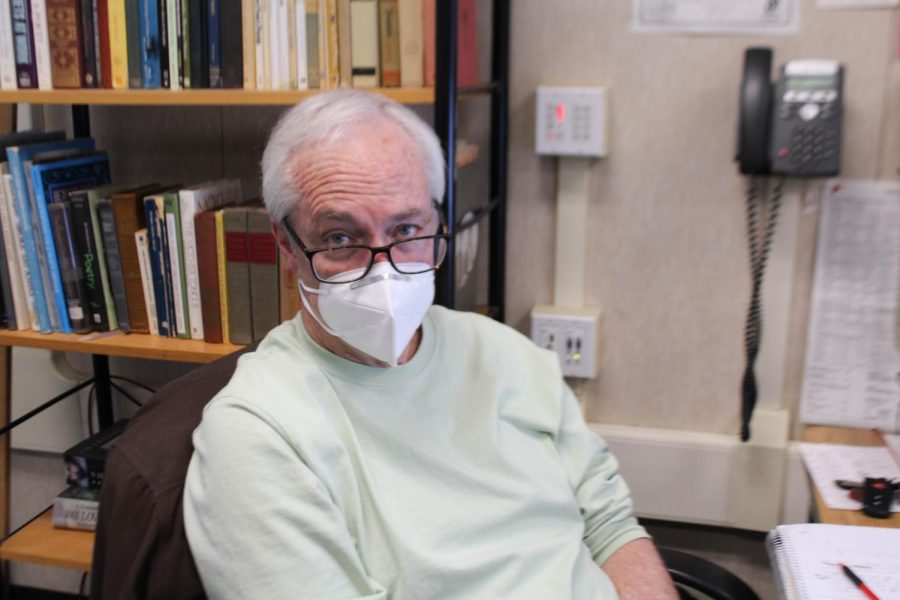 For the last 29 years, Mr. Steve Wilke has taught students at South El Monte High School. He has taught an entire generation of students and this year he is officially retiring. Originally he was supposed to retire last year during distance learning, however he decided to teach for one more year to inspire more students at South and will conclude with a personal farewell.

Mr. Wilke started teaching English because a friend overseas recommended he should and when Mr. Wilke did start teaching, “I was bit by the English-teaching bug.” He fell in love with teaching English because he could relate to students struggling with the language, like how he struggled with Spanish. “You can see how different each culture sees the world, like how some of the language’s grammar are reversed.”

For the amount of time Mr. Wilke has been teaching, he is proud of himself for doing it. He’s impacted so many lives of students and he didn’t even know until years later after he taught the student. “I would get emails of students that would tell me how much I’ve impacted their lives even though I would think they didn’t even care.”

After Mr. Wilke retires he plans to build ukuleles, guitars, and other instruments. Mr. Wilke doesn’t have many regrets teaching except for the No Child Left Behind Act of 2001 since it restricted freedom of teaching.

Since this is the final year for Mr. Wilke, I asked him for some final words of advice and he gave me two pieces of advice: “Strange women lying about in ponds, distributing swords, is no basis for absolute power, that’s a King Arthur reference if you didn’t know. But for real advice… read, read, read, read, turn off the video games and read some more.”