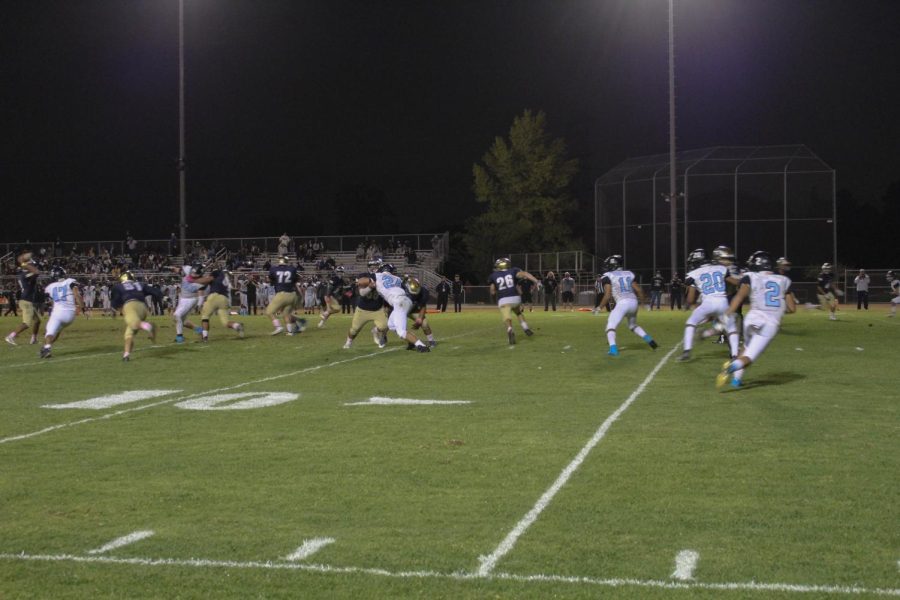 South El Monte quarterback attempts a pass during their 42-6 loss to Arroyo.

On October 8th, 2021 the South El Monte Eagles played against the Arroyo Knights at home.

For the first play of the game in the 1st quarter, quarterback Omar Navarro for Arroyo completed a 35-yard pass. He also completed a 28-yard to Nate Guardado. The results of the 1st quarter was Arroyo having a 14 point lead against South El Monte who were at that point scoreless.

For the 2nd quarter, a 19 yard run was made by South El Monte and also a 13-yard completed pass. The final total of points for 2nd quarter Arroyo scored 7 points and South El Monte did not score. It’s already the 3rd quarter and Arroyo is leading by 21 points. It is not looking very good for South El Monte.

During the third quarter a 38-yard pass was made by South El Monte. A 9-yard touchdown run was also made by senior Marco Sarabia. The final score for this quarter was 35-6.

For the final quarter the results of the match were unfortunate for the Eagles. The Knights scored a total of 42 points while the Eagles scored 6 points. The result was a landslide victory for Arroyo.