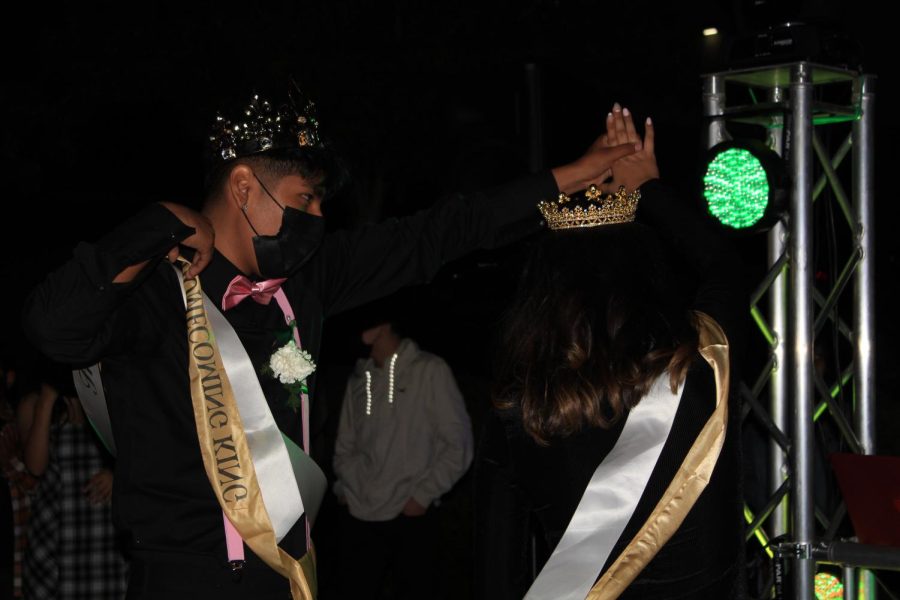 On September 17, 2021, South El Monte High school held one of the first dances on this school campus for almost two years since students had last stepped onto this campus. Homecoming is one of the dances students look forward to attending the most. The time of the dance was between 8:30pm – 11:00pm. Due to COVID-19 school regulations, this year’s dance was held outside behind the gym in the blacktop area near the tennis courts. According to our High School Director of Student Affairs Mr. Oscar Castillo this was necessary to have the dance outdoors because they had to follow the L.A. County guidelines for Covid-19.

Students all over campus are free to attend this dance. Even guests from other High Schools had the opportunity to attend this dance, for this to occur paperwork was needed. First and foremost the guest’s needed approval from their respective high schools. Here is the opinion of what one of our guests had to say about the paperwork, “Yeah, I think that it was good that the principals had to sign it because they expected you to have good grades in order for you to go,” stated Rosemead High freshman Nancy Sanchez. “It was a good thing that the principals had to sign it because they are aware of who is going.”

One of the biggest highlights that occurred during this dance was when the homecoming king was announced. The guys were formed in a line side-to-side facing the crowd. As they were lined up, ASB President Jayleen De La Cruz handed out a rolled up paper to each one of the contestants. Only one paper had the word “KING” on it, and whoever unrolled that specific paper was announced to be the King of the night. Together the contestants had to unroll their own paper all together at the count of three.

Following the announcement Eduardo Morales and Michelle Martinez had their own dance. The King and Queen both danced to “The Night We Met” by Lord Huron. The song was suggested by Michelle Martinez’s brother Flavio Martinez. Here is what the homecoming queen thought about their dance, “I think the dance was pretty cool… I mean that has to be one of the most awkward situations, everyone watching you dance but it was exciting nonetheless.” Here are the thoughts that Eduardo Morales had about his dance with Michelle Martinez, “I kind of forgot what happened I was just pumped that I won.”

At the end of the day many beautiful and special memories were made, but in the end the students of South El Monte high school finally had the opportunity to once again enjoy another homecoming dance, even after this long and very unfortunate pandemic disrupted everyone’s lives.