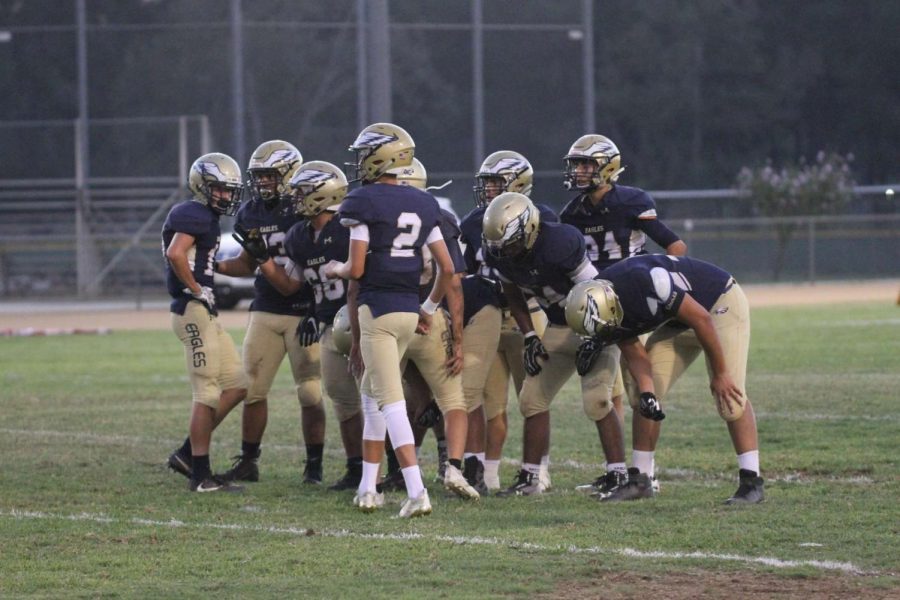 The Mighty Eagles ready to battle for victory!

On Monday September 14, South El Monte football was supposed to start their practice for the upcoming season, but due to the air quality from the fires across California it was canceled. The practice was to be held at South El Monte High School and anyone who wished to play football was able to attend the practice. It was very upsetting to hear about the cancellation of the practice, but it was for the safety of the players. However, many precautions are being taken during the practice to ensure the safety of players from the Coronavirus. Many players were bummed out after hearing the news of practice being canceled.

Quarterback Mario Zamudio was interviewed about the upcoming football season and practices. Mario gave his word on what is expected this season and answered a few questions that people may have had. Mario stated that he feels very confident about this season and believes that they have all the pieces they need to succeed. “Every player is working very hard and I can tell by the amount of work and effort the players are showing that we have what it takes to take it all.” He also stated that he, along with other players, were pretty bummed out that practice was canceled because they’ve been waiting since the beginning of quarantine to start practice for football, but the air quality is the only thing pushing it back. The season is expected to start on January 8th, 2021 and many of the players have high hopes this year. Mario stated, “I think this year’s season will be better than last year and very unique with all that’s going on.”

Football practices are to be held every day, Monday through Friday and sometimes Saturday. Mario also provided information about football games stating that fans will be able to watch the games physically. “Fans will be able to attend the games just like how it was before the pandemic, but of course precautions must be taken such as social distancing.” He also said that before practices, the players will take their temperature and during practice they must be 8 feet away from anyone else. The players must also wear a mask during practice. Considering all the precautions they’re taking, most of the players feel pretty safe with those restrictions. Something that is expected from this year’s season is winning Mission Valley League and going to the playoffs.