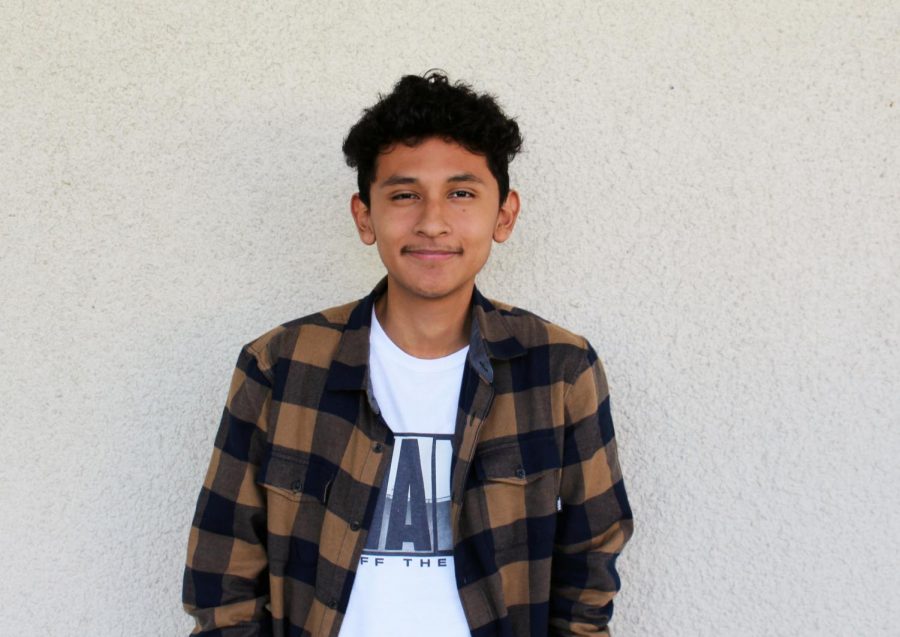 Easy going senior Mark Fortanel is ready to take on his future. He likes to spend his time by being part of the cross country team, FBLA club, and Emerald Jewel Club. Being a part of these clubs and sport has allowed Mark to make new friends throughout his high school journey. He wants to study business economics and eventually wants to have his very own business.

Cross country is a sport that has had a positive impact on Mark because it has taught him responsibility and has left him with many good friends. He says, “Cross is almost therapeutic, when I was stressed with school work, cross was a way for me to forget about everything for awhile.” This connection with the sport is a reason Mark claims anyone should join. He encourages students to get involved to gain memorable experiences and make amazing friends.

Throughout his high school career he has been a part of the FBLA club which gave him the opportunity to discover different careers in the business field. He is glad this club is provided at school because it gives students an idea of what they want to study in the future. Mark hopes to study at Cal State LA in the fall in order to get his degree in economics. He is excited as he will be the first in his family to go to college and continue his education.

His dream vacation consists of visiting Italy or France. He would like to spend some time in Italy to learn about the culture and experience the day to day way of life. He is excited to one day visit the colosseum because it is a place he has been wishing to visit since he was in middle school. The architecture, food, and music are just a few things he is drawn to see in Italy.

One of Mark’s fears is to be alone one day. “I think being completely alone and not having anyone to talk to is probably one of the worst things to experience,” claims Mark. He is afraid of not being able to communicate with close friends or family members one day because he always has to talk to someone. However, one of his favorite memories was made at Bonelli Park. It was a race day for him and the cross country team and he and his friends were exploring the park. Unexpectedly Mark fell and scraped his arm when trying to come down a small hill on the opposite side of the park. He was so embarrassed and scared to tell the rest of his team members that he ended up saying he fell throughout the race.

Therefore, Mark would like to thank all of his friends for shaping him into the person he is today. They have changed him into the best version of himself and have made memorable memories together. “If theres a will theres a way,” says Mark.