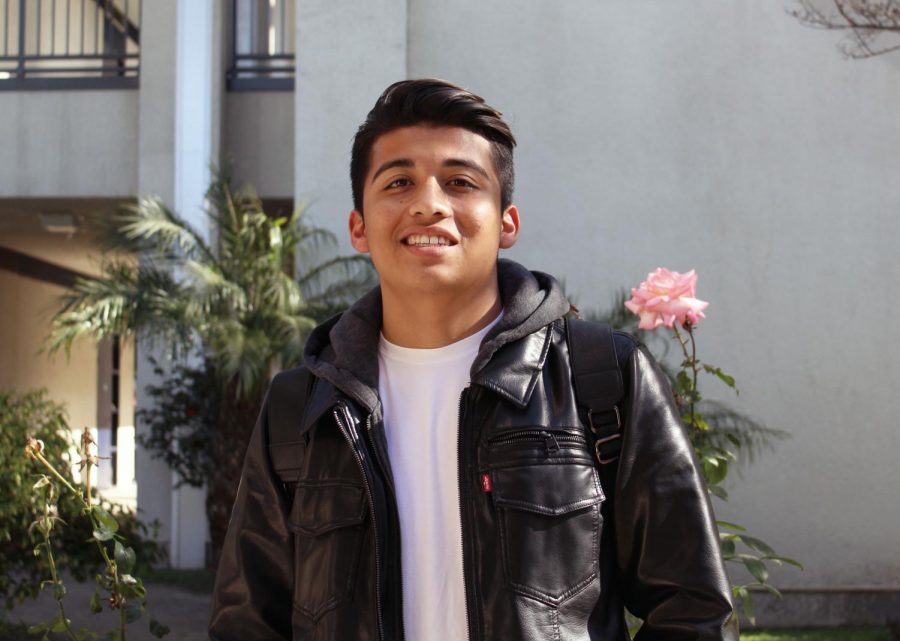 Simple and stylistic! Angel Garcia has taken a minimalistic approach to clothes. With the idea that less is more, he transforms plain outfits to something that catches the eye with just a few easy tweaks. His family and friends would describe his style as “different, fitted, and practical,” says Angel.

His style has drastically changed from how he used to dress in middle school. Since he would wear school uniforms the majority of the day he didn’t have to think twice about what he would wear after class would end, so he would wear any baggy branded clothes.

In his opinion, school uniforms have both advantages and disadvantages. “A benefit being is that they help students that are on a budget and a disadvantage is that they don’t let students express themselves nor their creativity,” says Angel Garcia.

After entering high school he slowly but surely evolved his style from baggy to effortlessly eloquent. Now he wears well-fitted clothes that he can still feel comfortable in.  Four of his favorite clothing items that he currently has in his closet are chinos, henleys, flannels, and leather jackets.

Angel’s fashion sense was inspired by fashion style from the past that still looks stylish in the present day. “My fashion sense is basically inspired by using a few timeless pieces that never go out of style and at the same time keeping it a little basic and simple which make my outfits stand out a little more,” comments Angel.

He tends to buy his apparel from mall shops like Hollister, H&M, ESSNTLS, and Levis. “I like H&M because they have a lot to choose from and don’t brand their clothes,” says Angel. As for how often he goes shopping, he comments that he generally goes shopping every other weekend, when he is not busy.

As for colors, Angel’s clothes usually gravitate more towards cooler and natural tones that are easy to form outfits around, such as white, black, olive, navy, khaki, sand, grey and burgundy.

Now that we are more open to expanding out of the conservative box, new trends have begun to arise. A fashion trend that Angel is not a fan of is v-neck and oversized shirts. On the contrary, he does like skinny jeans, which weren’t a big trend in the early 2000s.

On an average day, Angel takes around one to three minutes to plan an outfit. He states that the factor that cuts down on time is the colors of his items which make any outfit look good with little effort. Since Angel is a senior he will in no doubt carry his ability to create more fits into his adult life.