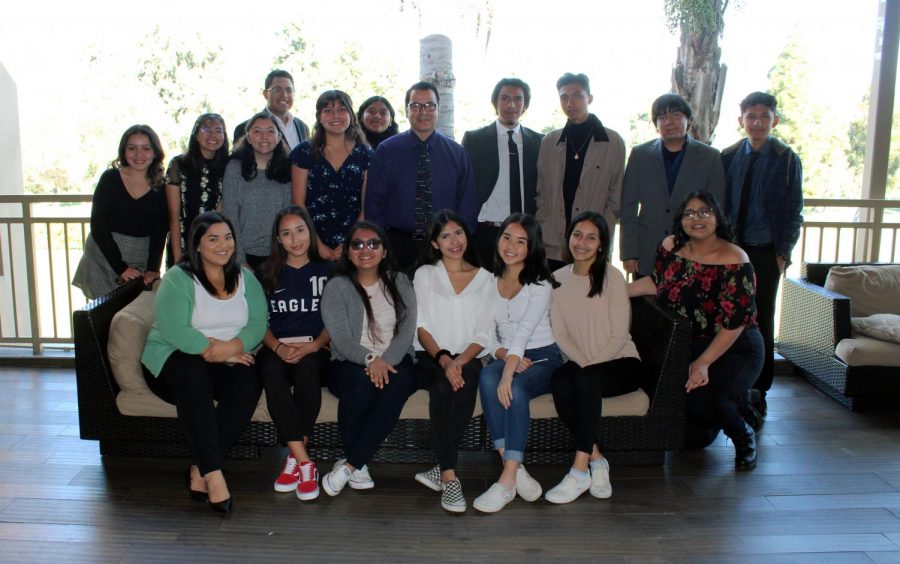 Academic decathlon is a class that prepares students for 10 different subjects including literature, math, science, speech, interview, essay, and social science, art, economics, and music for the sake of competing against other schools. This program is coached by Mr. Castillo. If a decathlete scores high enough, they’ll win medals in the designated subject which they competed in. Our SEM Academic Decathlon team began preparing for both competition dates, January 25 and February 1, by studying several resources and taking practice exams.

Senior Samantha Padron prepares by reading specific sections she feels most comfortable with such as science and literature. She also memorizes the super quizzes that Mr. Castillo provides for the team. She gained the interest of the Academic Decathlon since she has taken classes with Mr. Castillo before and she was genuinely eager to participate in his team. When she was offered this opportunity to become a decathlete she was more than happy to offer her services. “I was instantly captivated by the idea of studying a variety of subjects simply because I love learning or familiarizing myself with topics I’d been previously informed about.”

If she had the chance to go back, she would. She’d challenge herself to fully grasp each concept in the art, literature, and science resource guides. Because of the extracurricular activities, she’s involved in at school she found herself constantly struggling for time to completely read each subject guide thus she wasn’t as prepared as she would have liked. She would personally recommend academic decathlon to all underclassmen because it is a great way to prepare for college. “Your success completely depends on the effort you place into studying and mastering the topics.” She believes this class is a great way to learn responsibility.

Although she knows her performance could have been improved she’s grateful for the opportunity to be part of the Academic Decathlon team this year.  She’s gained some very useful knowledge that she’ll carry with her throughout college.

Congratulations to our decathletes. They represented our school with pride and excellence. If you have any interest in joining the academic decathlon contact Mr. Castillo in room 220.