Senior Tells of Her Transformation Since Freshman Year 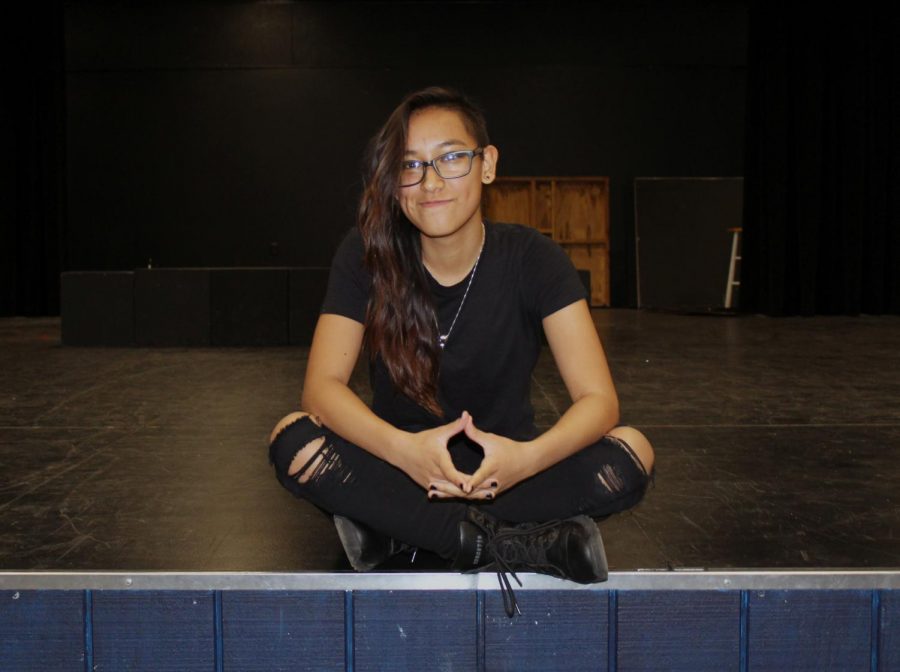 Crazy, sweet, and original don’t even begin to describe Thamelie Than. Thamelie has let her positive personality be known throughout her four years at South El Monte with her adventurous pursuits. She’s been working hard to keep her grades at their highest while still being involved with the leading of  two clubs and relishing in her last year of drama.

Over her past four years at South El Monte Thamelie has been a part of numerous clubs, many may not recognize now. She has been a part of Moore, drama, pride, comedy sports, FBLA, seaperch, CSF, art council, girl’s state, Emerald Jewel, and Feminist’s club.

Originally, Thamelie started as a shy freshman, straight out of Colombia Middle School. Without any familiar faces, Thamelie quickly made friends through the numerous clubs she joined. “ When I got to high school Theater is what really helped me put myself out there and doing clubs helped me meet new people and not be so scared, I met the majority of my friends in theater class,” says Thamelie.

Her Sophomore year the Pride Club was closed down because the previous president graduated, encouraged by seeing the flag everywhere her freshman year, Thamelie filled in the previous president’s shoes “Taking over as pride club president made me feel better about myself because that was a side of me that I struggled with because it felt like everyone else could be themselves except me, it helped me be more comfortable with my own sexuality and let others know they weren’t alone,” says Thamelie.

Another big activity that shaped Thamelie is Theater. She was originally pushed into theater in 8th grade because she couldn’t fit the classes she wanted into her schedule and ended up thriving in the class. So far, Thamelie has been a part of the Little Princess, Pasaje, Spelling Bee, Hero-Worship, and the punk version of Romeo and Juliet. Theater played a tremendous part in the development of her confident and outgoing personality, this shows in her part in Pasaje where she plays Rita, an outgoing flirtatious prostitute.

Aside from clubs and grades, Thamelie also likes playing PS4 and guitar, which she has been playing since she was 14. She also adores playing with her two cats, Midnight and Lyric. In addition to all her clubs and classes, Thamelie has been doing taekwondo for the past 6 years old, which helps her stay active.

Since it’s her senior year Thamelie strives to enjoy it to her fullest, and make sure she takes every opportunity to make this year as memorable as possible. She wants to spend the last few months with her friends since many of them will either be staying in highschool or going their separate ways after graduating. “I’d like to give a shout out to ETat, Matthew, and Nicole, you know who you are. You guys are the Camila to my Shawn ”  declares Thamelie.

Thus far, Thamelie has really been going all out this school year, she ran for homecoming queen with her friend, Ethan Tat. “This is my most outgoing year. I’m letting go of everything and trying everything I can and doing things I never thought I would. I get to enjoy my final years with my friends,” adds Thamelie.

Her secret top four favorite teachers at South are Mrs. Wessel, Mrs. Rangel, Mr. Morales, and Mr. Heely. She’s grateful for their guidance that helped her find herself over the years.

After graduating, Thamelie plans on going to Cal State Fullerton and majoring in either English or Theater, but preferably both. “I’m not sure exactly what I want to do in the future but I definitely know I want theater to be a part of it,” says Thamelie.

She wants to leave everyone at South with this message of self-acceptance. “Love yourselves and don’t change for anyone else because you only have one life and it’s yours to live,” comments Thamelie Than.